Putting Natural Capital to Work: How Business Can Benefit from Landscape-Scale Restoration 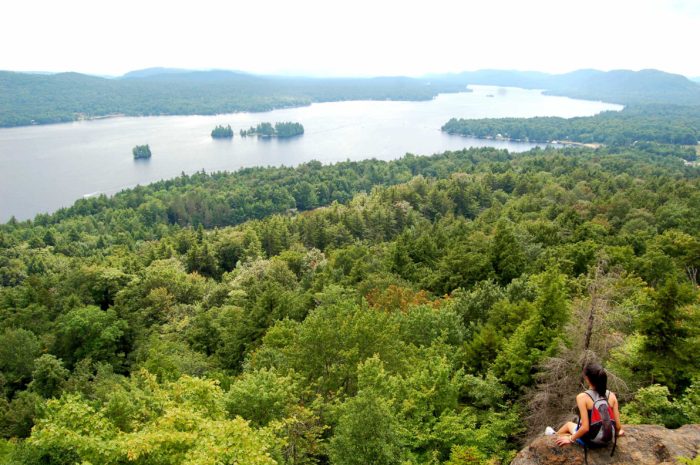 This article has been submitted as part of the Natural Capital Coalition‘s series of blogs on natural capital by PJ Marshall, co-founder and executive director of Restore the Earth Foundation.

In July, global business leaders welcomed the launch of the Natural Capital Protocol, a framework that will help businesses measure their reliance on nature and ecosystems. The Protocol signals a shift in business practices: With nature officially accounted for on the balance sheet, companies can integrate the natural world into every decision they make.

Commenting on the launch, Natural Capital Coalition’s Executive Director Mark Gough put it simply: “Now we have a standardized framework; it is time for action.”

Gough is right: It’s time to put the Protocol to work. A natural capital approach allows companies to mitigate risk and capture new opportunities to create value for people, the planet, and their business—the proverbial “win-win-win.”

As the leader of Restore the Earth Foundation, an organization dedicated to restoring the Earth’s degraded landscapes, the launch of the Natural Capital Protocol comes as refreshing news. For too many years, the corporate responsibility movement has been overly focused on the risk side of the coin. With natural capital, it’s possible to broaden our vision and capture triple-win opportunities.

By investing in landscape-scale restoration—restoration that rebuilds ecological health and integrity at the ecosystem level—companies can generate outstanding benefits for people, the environment, and the economy. Restoration is about playing offense, not just defense, when it comes to our natural capital.

The Economic Costs of Degraded Land

Business both relies on natural capital and also impacts it. When the complex relationships between business and the natural world are taken for granted and poorly managed, this diminishes nature’s ability to provide essentials like clean air and water, productive soil, biodiversity, and greenhouse gas and nutrient retention.

This fact is particularly striking when it comes to landscape degradation: According to the United Nations, business activity degrades nearly 30 million acres of land every year—at a cost of $40 billion to the global economy.

To take a specific example in the Mississippi River Basin, 100 years of industrial activity has depleted, altered, and degraded the land. In its southernmost region, the Lower Mississippi River Valley, there were once 24 million acres of forest. Today, only 5 million acres remain. In Louisiana’s coastal areas, the loss of wetlands occurs at such a fast rate that an area the size of a football field disappears every hour. This year, the dead zone in the Gulf of Mexico—an oxygen-depleted area caused by the runoff of nitrogen and phosphorus from large agricultural operations upriver—has grown to 6,824 square miles, an area the size of Connecticut.

As these landscapes are degraded, the ecosystems they support fail to function properly, limiting their ability to deliver essentials like clean air and water, and stabilization of climate change and ocean acidification.

The issue of degraded land is so urgent that in his address on the very first day of the COP21 climate negotiations last year, the Prince of Wales urged delegates to consider landscape restoration as “an equal priority” to halting degradation. The negotiators heeded Prince Charles’ call and enshrined restoration in Article 5.1 of the final Paris Agreement.

The Opportunity for Restoration—and the Role of Natural Capital

The good news is that we can reverse this cycle of landscape degradation—and natural capital thinking plays an important role.

Using a science-based approach, we can rebuild natural hydrology and replant native trees and plants to restore entire ecosystems. That’s the easy part.

But to convince business to invest in restoration, we need to build the case by measuring and accounting for the value these ecosystems provide. That’s the missing piece that developments like the Natural Capital Protocol will address. Fortunately, thanks to new models of collaboration among business, academic and research institutions, government, and civil society—brought together in organizations like the Natural Capital Coalition—we are starting to generate a complete picture of nature’s value at the landscape level.

Going back to the example of the Mississippi River Basin, we know even in its diminished state, this area plays a critical role in the lives and livelihoods of millions of people. A study released last year revealed that the Mississippi River generates more than $400 billion for the U.S. economy and supports 1.3 million jobs. The basin—which spans 1.2 million square miles and encompasses 41 percent of the contiguous United States—also provides important functions as an ecosystem, helping to regulate climate change, the water cycle, and ocean acidification around the world.

Restore the Earth has targeted the Lower Mississippi Valley for restoration because we know it has the potential to create even more value. Based on years of research by the scientists at the public-private conservation partnership the Lower Mississippi Valley Joint Venture, we know that the restoration of an initial 1 million acres will create a positive tipping point. This restoration will reduce the U.S. climate footprint by 2 percent, and it will reduce the run-off of agricultural nutrient waste into the Gulf Coast by 12 percent. The restoration has the potential to create $12 billion in shared environmental, economic, and social value.

Restoration at the landscape scale allows us to improve air and water quality, restore plant and animal habitats, create natural buffers that protect communities and infrastructure from extreme storms and flooding, and support sustainable economic growth.

At Restore the Earth, we have quantified these benefits in real financial terms. We can prove that every dollar invested in landscape-scale restoration delivers returns of $9 to $15 in environmental, social, and economic value. Importantly, companies that invest in landscape-scale restoration can account for the carbon dioxide, water, nitrogen, and phosphorus offsets on their financial balance sheets.

To date, companies including Shell, Entergy, Wells Fargo, CITGO, Veolia, Eileen Fisher, and Timberland have invested in landscape-scale restoration projects with Restore the Earth Foundation. And we are excited to partner with USBCSD on our latest initiative: an ambitious new project to begin restoration of 1 million acres in the Mississippi River Basin. We break ground on that restoration project in October 2016.

Our business partners understand that landscape-scale restoration is about putting natural capital to work to capture opportunities that benefit their company, people, the planet, and the economy. The restoration has begun. Will you join us?

PJ Marshall is Co-Founder and Executive Director of Restore the Earth Foundation.

On 13th July 2016, The Natural Capital Coalition launched a standardized framework for business to identify, measure and value their impacts and dependencies on natural capital. This ‘ Natural Capital Protocol‘ has been developed through a unique collaborative process; a World Business Council for Sustainable Development consortium led on the technical development and an IUCN consortium led on business engagement and piloting. The Protocol is supported by practically focused ‘Sector Guides’ on Apparel and Food & Beverage produced by Trucost on behalf of Coalition.

Keep up to date with the Natural Capital Coalition on Twitter: @NatCapCoalition

Keep up to date with our series on natural capital here.