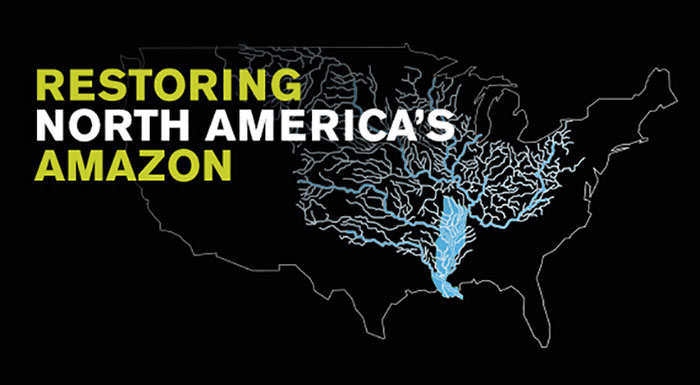 On November 4, the historic Paris Agreement for global action on climate change will enter into force, catalyzing collective action by governments, civil society organizations, and businesses to collaborate on building a 2°C future.

“Now we must move from words to deeds and put Paris into action,” said UN Secretary-General Ban Ki-moon. “We need all hands on deck—every part of society must be mobilized to reduce emissions and help communities adapt to inevitable climate impacts.”

This call to action comes none too soon. Just this month, hurricane-turned-tropical-storm Matthew ripped through the Southeast, killing at least 17 people in the United States and nearly 900 in Haiti. Just over a month ago, flooding in Louisiana left 13 people dead and forced nearly 30,000 people to evacuate their homes. These events come during another record-breaking year in climate change, with 2016 bringing the warmest temperatures ever recorded, as well as the smallest Arctic sea ice extent since tracking began in 1979.

These stories are symbolic of climate change in the United States, underscoring the need for real solutions that build climate resilience and prevent even more dangerous climate impacts in the future.

We need these solutions, and we need to get started on them now.

Against this backdrop, I am pleased to announce that on October 27—just one week before the Paris Agreement officially enters into force—Restore the Earth Foundation will break ground on a bold new vision to address climate change: the restoration of one million acres of degraded land in the lower part of the Mississippi River Basin—a vast ecosystem once so rich in biological and environmental resources that it was compared to the Amazon Rainforest.

Our initiative to restore one million acres in “North America’s Amazon” will help the U.S. meet national climate targets, while protecting people and economic infrastructure along the Gulf Coast from the threat of the increasingly harsh storms and floods that have already turned some residents into America’s first climate refugees.

We will break ground on this ambitious mission by restoring 4,000 acres in Louisiana’s Pointe-aux-Chenes Bald Cypress Forest Wetland, an important ecosystem that serves as the last line of natural defense against storms and floods for 200,000+ people in the Terrebonne and Lafourche parishes. This region is also home to threatened and endangered species, commercial and recreational fisheries, and a rich diversity of wildlife and birds.

Pointe-aux-Chenes is just a small part of North America’s Amazon, where the opportunity for restoration is enormous. Spanning 1.2 million square miles, North America’s Amazon is the third largest watershed on Earth, encompassing 31 U.S. states and two Canadian provinces. A critical ecosystem that is rich in biological diversity, North America’s Amazon plays a global role in climate change, the water cycle, and ocean acidification. It is an environmental and economic powerhouse. Millions of people and billions of dollars depend on the benefits it provides, from national and international commerce and transportation, recreation, and tourism, to hurricane defense, clean air, and climate change mitigation.

Unfortunately, human and industrial development has degraded these lands, forests, and coastlines, which are now at even greater risk due to our changing climate. The southernmost part of North America’s Amazon, the lower Mississippi River basin, is the most ecologically degraded area on the continent. Once covered with 24 million acres of forest, only 5 million acres remain today. In Louisiana’s coastal areas, wetlands loss occurs at such a fast rate that an area the size of a football field disappears every hour. This year, the dead zone in the Gulf of Mexico reached 6,824 square miles—an area the size of Connecticut.

The good news is that by investing in landscape-scale restoration that rebuilds ecological health and integrity at the ecosystem level, we can restore North America’s Amazon and protect the health, resiliency, and sustainability of local communities and the national economy. Restoring one million acres in North America’s Amazon will deliver tremendous benefits: generating $12 billion in shared environmental, economic, and social value; reducing U.S. carbon emissions by 2 percent; reversing the impact of the Gulf of Mexico dead zone by 12 percent; and building community and business resilience by creating a natural buffer against storms and floods that are exacerbated by climate change.

At the local level, the restoration of 4,000 acres in Pointe-aux-Chenes will repair some of the damage caused by hurricanes Katrina and Rita, which tore down levees along the Gulf of Mexico, leading to major forest degradation, habitat deterioration, and reduced wildlife use. This area has lost an extreme amount of land, with contiguous sections of wetlands now covered in open water. By restoring this acreage, we can enhance coastal wetland and watershed systems; provide protection against storm risk for vulnerable local communities, including the United Houma Nation and Pointe-au-Chien Indian tribe; restore native wildlife and fishers; improve water quality and trap carbon dioxide; expand recreational areas; and create local jobs through project implementation.

Whether it’s 4,000 acres in Pointe-aux-Chenes or one million acres in North America’s Amazon, landscape-scale restoration delivers local, regional, and global benefits. For governments, it helps deliver on climate commitments. For communities, it builds climate resilience, enhances health and well-being, and supports sustainable economic growth. For business, it protects operations and reduces climate risk. It’s because of these multiple benefits that we have been able to secure multiple partners from the private and public sectors for our landscape-scale restoration projects. Business partners include the United States Business Council for Sustainable Development (US BCSD), Shell, Entergy, CITGO, VMware and Timberland PRO. Public partners include the Louisiana Department of Wildlife and Fisheries, the Lower Mississippi Joint Venture, and its partners, including the U.S. Fish and Wildlife Service.

As the Paris Agreement becomes official on November 4, it’s important to remember that landscape-scale restoration is so critical to climate mitigation that it was codified as a solution in Article 5.1 of the final agreement. Every year, 12 million hectares of land worldwide—an area half the size of the UK—is degraded through human activity. We cannot afford to write off this land.

At Restore the Earth Foundation, we are pleased to do our part to deliver on the Paris Agreement by leading this collaborative effort to restore one million acres in North America’s Amazon. This initiative presents a tremendous opportunity to multiply benefits for people, the planet, and the economy. With this groundbreaking, the restoration has truly begun.

This blog piece was originally posted on The Huffington Post on October 14, 2016.