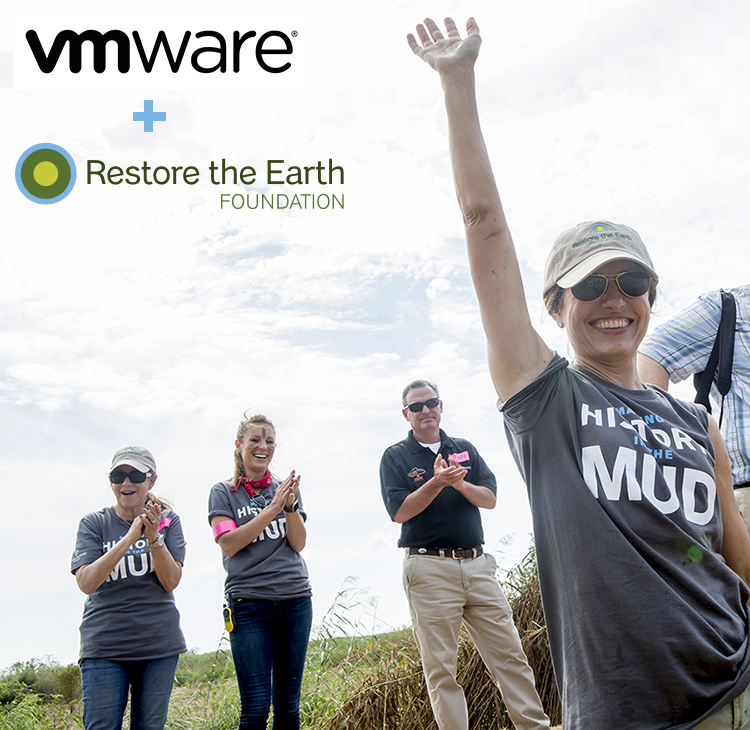 VMware recently announced its partnership with Restore the Earth Foundation on a bold new landscape-scale restoration project to restore one million acres of degraded land in the lower part of the Mississippi River Basin—a vast ecosystem once so rich in biological and environmental resources that it was compared to the Amazon Rainforest. As a global technology company, we are committed to operating in a responsible manner. With a deep commitment to social responsibility, VMware’s Corporate Sustainability efforts focus on the net-positive impact of its industry-leading virtualization technology in the IT sector—and particularly, the data center—as well as reducing the company’s carbon footprint and striving for carbon neutrality.

VMware has partnered with Restore the Earth as part of a public-private partnership to support this ambitious mission, including the United States Business Council for Sustainable Development (US BCSD).  Restore the Earth’s public partners—including Louisiana Department of Wildlife and Fisheries (LDWF), the Lower Mississippi Joint Venture, and the U.S. Fish and Wildlife Service—provided in-kind support as well as access to land and scientific expertise.

Spanning 1.2 million square miles, the Mississippi River Basin, North America’s Amazon, is the third largest watershed on Earth, encompassing 31 U.S. states and two Canadian provinces. A critical ecosystem that is rich in biological diversity, North America’s Amazon plays a global role in climate change, the water cycle, and ocean acidification. It is an environmental and economic powerhouse. Millions of people and billions of dollars depend on the benefits it provides, from national and international commerce and transportation, recreation, and tourism, to hurricane defense, clean air, and climate change mitigation.

Over the past 100 years, industrial and human activity have degraded this precious land. The southernmost region of North America’s Amazon, the lower Mississippi River basin is the most ecologically degraded area on the continent. Once covered with 24 million acres of forest, only 5 million acres remain today. In Louisiana’s coastal areas, wetlands loss occurs at such a fast rate that an area the size of a football field disappears every hour. This year, the dead zone in the Gulf of Mexico reached 6,824 square miles—an area the size of Connecticut.

We are delighted at the opportunity to participate in this project given the company’s ambitious VMware 2020 vision and goals. This aligns so well with our company in a multitude of ways—from the holistic view of value to the service learning opportunities it can provide for our people. See our recently released Global Impact Report , which outlines VMware 2020 and VMware’s net positive impact thus far.

“VMware is a company dedicated to relentless innovation and is constantly coming up with great ideas to solve customer problems. Being a force for good is at the core of what we do,” says Ray O’Farrell, VMware executive vice president  and chief technology officer, “and these commitments represent a natural extension of our legacy of sustainability and innovation that are at the core of VMware’s DNA.”