Building a Movement to Create a Better Climate 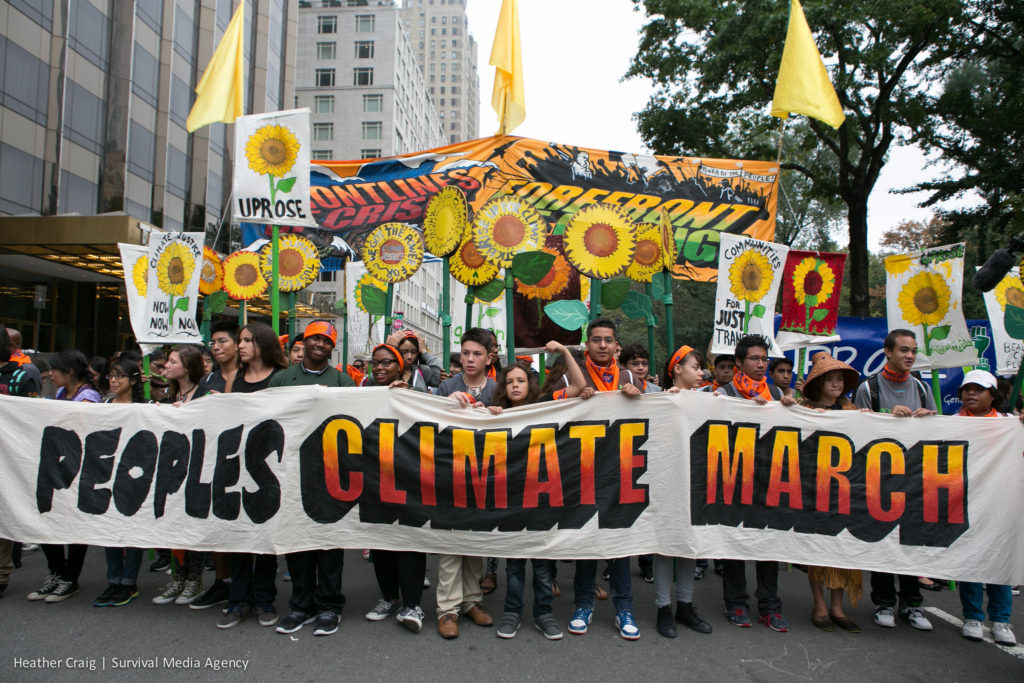 Last week, millions around the world marked April 22nd as Earth Day. Some turned off their lights. Others made pledges. Many others in day cares and preschools around the world learned about the three erstwhile Rs — reuse, reduce and recycling — for the first time. And still others marched. Perhaps apropos given that the first Earth Day was launched almost 50 years ago by Gaylord Nelson, a Senator from Wisconsin in 1970 as a moment in time to educate the public on environmental issues.

With lots of organizations and individuals planning Earth Month activities in April — ranging from tree plantings and fundraising initiatives to educational campaigns and conferences, the month will culminate with a worldwide March for Climate on April 29th.

These marches are important.

Because they offer a vivid display of millions once again waking up to the power and urgency of collaborative action.

Their focus: restoring and protecting our precious environment.

Beyond Business as Usual

At Restore the Earth Foundation — a team of dedicated individuals who joined hands to understand how to address climate change in a measurable and scalable way — we have moved beyond business as usual for years. Since 2005 really, when Hurricane Katrina left in its wake incredible devastation and loss in communities, the largest forestry disaster in U.S history. Once we finished connecting the dots between the havoc, environmental degradation, climate trends and all that might lay ahead, we knew we needed to pull on our boots and jump in with both feet.

So, we started Restore the Earth Foundation in 2008 with one core mission: to restore the Earth’s essential ecosystems and to return Earth to its natural balance. Our first target: North America’s Amazon — The Mississippi River Basin and the third largest watershed on Earth.

Millions of people and billions of dollars depend on the ecosystem services it provides and the value it creates. It also happens to be home to the most ecologically degraded and economically underserved areas in the country. From southern Illinois to the Gulf Coast, over the last 75 years, where there was once 24 million acres of forests. Now only five million remain. The coasts of Louisiana, its southernmost area is losing wetlands at the rate of a football field every hour.

Take that in for a moment.

These are communities that have been hard hit by disasters like Hurricane Katrina and the Deepwater Horizon spill. Now they face an uncertain future. Some are already leaving — America’s first climate refugees as described by The New York Times. But it’s not just these citizens that are at risk. There are nationally vital industries like agriculture, mining, commercial shipping, fishing and oil and gas, which depend on North America’s Amazon — and that millions depend on for their livelihoods.

So just as the Paris Agreement officially entered force late 2016, we broke ground on our vision: to restore one million acres of degraded land in the lower Mississippi River Basin — a vast ecosystem once so rich in biological and environmental resources that it was compared to the Amazon Rainforest.

Restoring these one million acres is going to be an epic undertaking powered by science and metrics — inspired by a big bold vision and a team of partners, friends and advocates who consider this the future of beyond business as usual. Like tech giant VMware who joined hands with us last week for Earth Day to unleash the power of individual activations with their employees to do their part in restoring the Earth via pledges and matching gifts. Or all the oil and gas companies who increasingly see this work as an imperative for protecting their infrastructure, risk mitigation and a cornerstone to the sustainability of their operations.

Tomorrow, there will be others — perhaps someone you know? Or your organization?

Until we restore one million acres right here in the heart of our country.

Regardless of whether you’re able to join your neighbors and friends to march together this upcoming weekend, I hope that you will all take a moment to close your eyes and imagine your world greener, vibrant, healthier, thriving.

What would it take to make that vision a reality? What could you do in your individual day–to–day life to help? How could you inspire and work with others to scale the vision you want to see?

Earlier this month, Christiana Figueres, one of the key leaders behind the historic Paris Agreement, launched Mission 2020 to infuse a sense of urgency in current climate action as well as a viable roadmap. Set up as a global community committed to taking bold action to reach a safe zone by 2020 — what many are calling the turning point for climate — Mission 2020 underlines large scale restoration as one of six areas ripe for urgent and collective action to help achieve a vision of net zero emissions by 2050.

We’ve seen firsthand that planting trees and restoration remains one of the most underutilized solutions to reverse climate change. Large scale restoration is possible but not without collaboration and meaningful partnerships. We’ve seen this unfold firsthand as we’ve gone from re-envisioning North America’s Amazon to implementing restoration projects with our partners such as Veolia, Shell, Timberland, Clif Bar, Eileen Fisher and Federal and State agencies besides numerous not for profits and community based organizations.

The promise of trees

Mission 2020 also validates the fact that solutions like large scale restoration exist — what we need now is collective action and a healthy dose of climate optimism. As millions march — signs, banners, colorful outfits and all — this weekend, we stand ready to welcome you to the movement.

We’ve started our efforts here at home because we recognize that our backyard is your backyard.

And you can too.

Because protecting your children’s future isn’t a political issue or a choice. As a mother, there is little else that is more important to me than ensuring my daughter, now a proud Restore the Earth Foundation colleague, son and grandson can live a life of health and happiness. So, we’re going to march on April 29th to imagine what’s possible when we come together across demographics, races and professional experiences to become a unified force for good.

We’re going to march because we want to share our vision with millions more: a universe in ecstatic motion where we work with nature and can unleash the true potential of collaboration by going beyond protection to restoration.

Learn more about Restore the Earth’s commitment to the planet at www.restoretheearth.org.

This article was originally published on HuffPost on 4/28/2017.